Enjoy the unique experience of music amongst the trees atop a hill as the sunrises in the award winning Tropical Spice Garden with music provided by Penang Philharmonic String Quartet, FuNkCoustics and a collaboration performance by Dos Orientales with members of Penang Philharmonic Big Band. 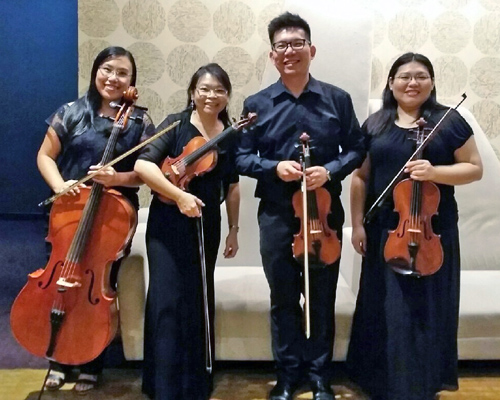 The Penang philharmonic Quartet (also known as the PYLY Quartet) was formed by a group of friends with mutual musical interests in 2014 and made their debut performance at the end of that same year. Members of the quartet – Tann Soon Pin, Ng Choon Yen, Lynn Khoo and Pung Xin Yao have had years of musical experience and are part of the Penang Philharmonic Orchestra. 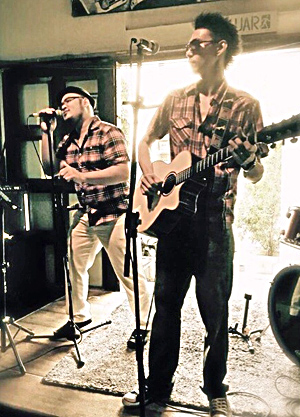 Hailing from the island of Penang, FuNkCoustics is an acoustic duo comprising of Darrin Rozells and Alvin Chong. Coming from a musical background where his parents were both involved in the music scene, Darrin picked up the guitar at a young age and without formal lessons, experimented and developed his fingerstyle playing rapidly. 2012 saw Darrin teaming up with Alvin, a vocalist with a raspy yet smooth soulful voice with the aspiration of being a recording artist. This combination saw long hours on rearranging songs to creating their own sound which led to them performing in many venues and events all over the island and other parts of Malaysia.

Dos Orientales with members of the Penang Philharmonic Big Band 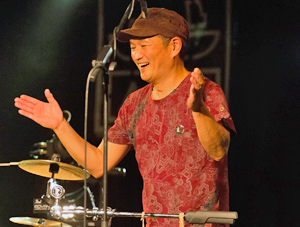 A PIJF initiated project with support from the Japan Foundation – a first time collaboration between local and international musicians is being presented in the festival.

A musical improvisational experience influenced by the occasion and the environment.