A Talk on the idea, concept and design of the book “Just For The Love Of It” Penang’s Popular Music 1930s – 1960s by James Lochhead, Adrian Cheah and Paul Augustin. 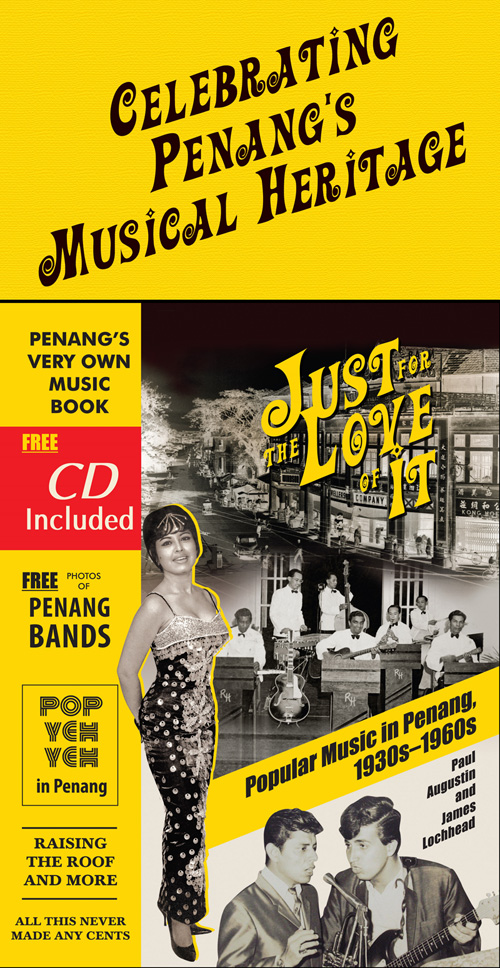 A beautifully designed book, extensively illustrated with photographs and advertisements and other graphics ‘of the time’, full of fun and celebration. The pages of Just for the Love of It weave together the strands of the story of Penang’s popular music by locating the wonderful stories of the musicians and the bands within the context of Penang’s overall history.

The book highlights the diversity of communities that makes up Penang’s demographics and the different traditions they imported; the influence of political events including the impact of the British and the Japanese administrations and the first decade of Independence; the role of technology in defining and transmitting popular music, including radio, cinema, and TV; the role of the key venues at which popular music could be found, including religious, community and leisure sites; the way popular music worked across the different ethnic communities and the influence of different indigenous traditions like ronggeng, joget, bangsawan, boria, chinese opera, dondang sayang, and different Indian traditions; and the impact of commercialisation and consumerism, including the increasing globalisation of latest (Western) hits and the fashions and lifestyles that went with them.

It captures the many tensions and fusions that informed the years under consideration, and most of all celebrates the result of all the influences, the music and musicianship of Penang.