Penang or Pulau Pinang in Malay is an island measured at 285 square kilometers situated next to mainland Peninsular Malaysia. Also known as the Pearl of the Orient, Penang boasts of its colourful heritage and natural beauty pulling in crowds from both local and international visitors for centuries.

The present Penang now is very much a fusion of the old and the new. You can find colonial buildings dated back from the 1800s era to the present hi-tech industrial centre.

Penang has since developed into a contemporary metropolis with modern amenities and simple small town friendliness, offering the best of both worlds.

The history of modern Penang can be traced back to 1786 when Francis Light managed to persuade the Sultan of Kedah to cede “Pulau Pinang” (island of the Betel nut) to the British East India Company. Light landed at the site of the present Esplanade and according to local legend, fired gold coins into the surrounding jungle to induce his men to clear the area.

The island was originally named Prince of Wales Island and the settlement that soon grew up was named Georgetown after King George III.

In 1800, the Sultan of Kedah further ceded a strip of land on the mainland across the channel which Light named Province Wellesley, after the then Governor of India. 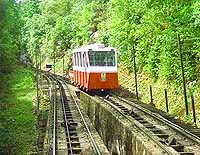 In 1832, Penang formed part of the Straits Settlement with Malacca and Singapore. It flourished and grew to be a major trading post for a lucrative trade in tea, spices, china and cloth.

For more than a hundred years, it remained under British Colonial rule until 1957 when it gained independence and became one of the states of the newly formed Federation of Malaya and later Malaysia in 1963.

3 thoughts on “About Penang”

JAZZ BY THE BEACH