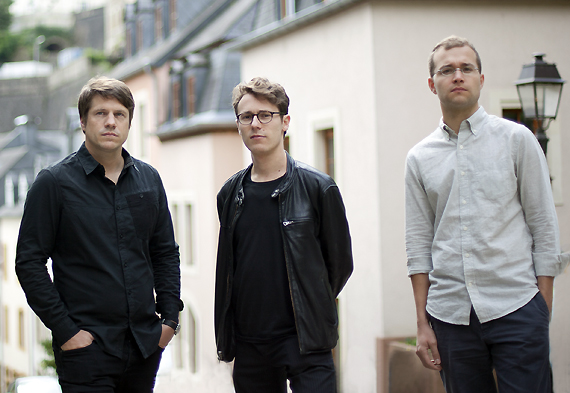 Pianist Michel Reis, bassist Marc Demuth and drummer Paul Wiltgen are three of Luxembourg’s most prominent jazz musicians. They formed the Reis-Demuth- Wiltgen Trio in 1998 while still in high school and performed on a regular basis in and around Luxembourg for a couple of years. The trio reunited in 2011 eager to share their experiences and new compositions. Their self-titled first album was released on Laborie Jazz to widespread critical acclaim. Since the release, the band has toured extensively throughout the world and has appeared at major
international jazz festivals in Europe, Asia and North America.

The trio was named Luxembourg’s “Export Artist Of The Year” in 2013. The band’s sophomore album “Places In Between” was recorded in New York City and released in 2016 on Double Moon Records (Mocloud Records, Japan). The repertoire of “Places In Between” was premiered at a festival in Luxembourg where the trio featured the world-renowned saxophonist Joshua Redman. Since 2014 Redman has been playing several of the trio’s compositions with his own bands. In March 2018, the trio will tour in Europe with Joshua Redman as a featured guest.

This tour includes a performance at the Philharmonie  Luxembourg featuring the music of Reis/Demuth/Wiltgen arranged for the Orchestre Philharmonique du Luxembourg by multiple Grammy Award winning composer and conductor Vince Mendoza.