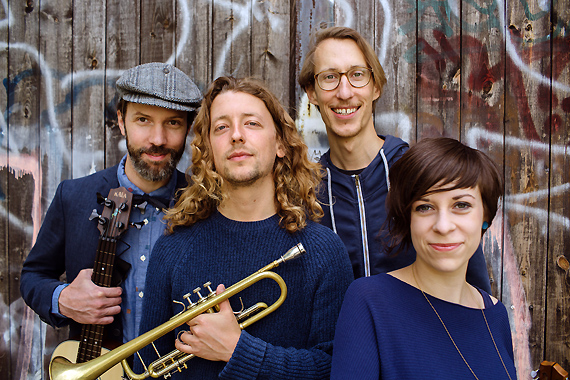 The courage to have confidence in own ideas and ideals turns out the briskness of Holler My Dear. Their urban songwriter-gypsy- folk-jazz- acoustic-pop musical style, which the band smartly describes as “hand-stirred gourmet music”, serves up acoustic folk pop as a warming anti-depressant and spreads generous amounts of swing and funk like flavouring in cut glass vials.

Holler My Dear got together in 2011 when Austrian born vocalist and band leader Laura Winkler, who studied voice and composition at the music conservatory in Graz, moved to Berlin in 2011 and met her future band mates. They performed their first concert in 2012, released their debut album in 2013 followed by tours in many countries all the way to Cairo.